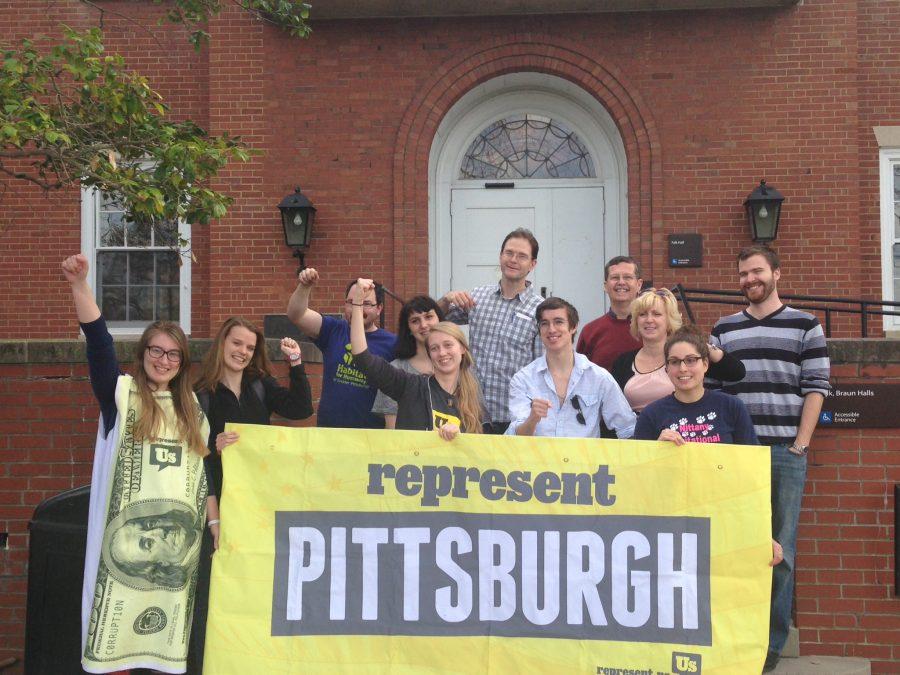 The local chapter of Represent Us held their first major event on Wednesday, April 15, in Sanger Hall. The event had two major goals. The first was to bring awareness of what the group stands for, since there was no Pittsburgh chapter until March of this year. The second was to try and recruit students and community members for the cause.

Represent Us is a national bi-partisan organization, whose mission is to pass anti-corporation legislation and work toward ending legalized corruption in the government. The goal is to begin at the local level and form a grassroots beginning. To that end, they rely heavily on individual local chapters. Pittsburgh’s chapter’s first event was a screening of the film “Pay 2 Play” by John Wellington Ennis.

The film worked to lay out to the viewer why corporate personhood laws are dangerous for individuals. It focused on researching laws that have been put into effect and their origins, and it included interviews with politicians and individuals who had run in elections. Paul Hackett, Subodh Chandra, Surya Yalamanchili, and Ralph Anspach were all featured in the film.

The event’s attendees included not only Chatham students but also community members, including the family services coordinator at Habitat for Humanity, Daniel Webb. This is due to the fact that Represent Us is not strictly a student organization, since the majority of the American voting population is not composed of students. Chatham was chosen as a host for the event because the founders of the chapter, Samantha Bigley and Bethany Bookout are Chatham students.

The chapter was a project for a class Bigley was taking during the semester.

“I had to choose a semester long project,” she explained. “As a young person who just got the right to vote, I was pretty frustrated with the system and thought I might as well not vote.”

So like many frustrated college students, she turned to google for answers.

“I just searched ‘get money out of politics’ and [Represent Us] had the best laid out webpage. When I contacted them they told me there was no local chapter, and it just fit with the class.”

Bookout’s interest in the group stemmed from her frustration with the current political system, as well.

“I want my vote to count, and I want money out of politics. I want everyone to be represented,” she said.

An attendee, Erick Sovich, said he attended because, “I’m not a corporation, just a person. So this issue is obviously important to me.”

The group’s advertising for the screening was done primarily through their page on Facebook. The second form of advertising Chatham students have been seeing around campus were the Chubby Bucks which were left on tables at Café Rachel and Anderson. The fake million dollar bill features the picture of a cat with a monocle, top hat, and cigar with the words “Federal Bribery Note” written on the top and “In Bribes we Trust” on the back over a picture of the Capitol Building.

The group looks forward to continuing their efforts and planning an event for the upcoming fall semester.