Chatham up all night for Relay for Life 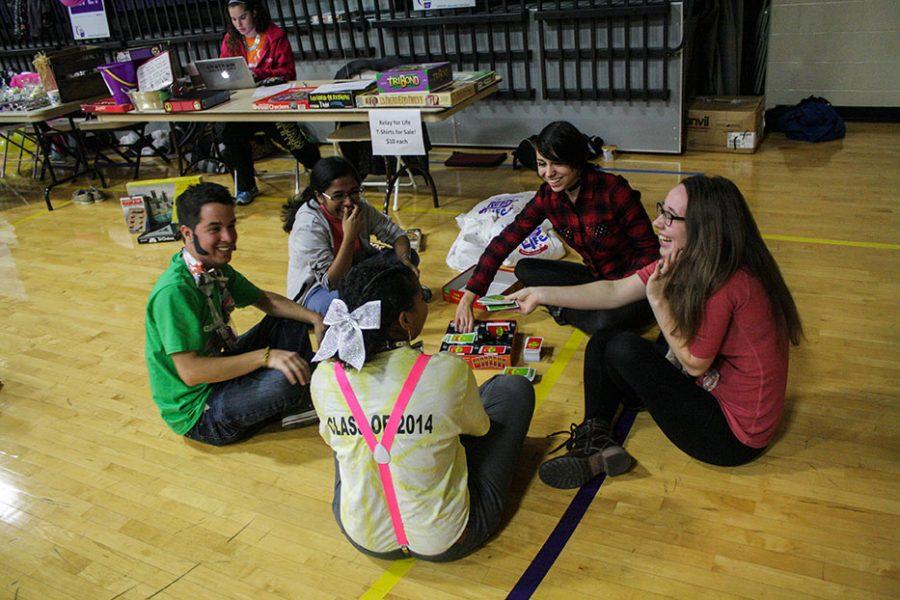 An all night celebration was held in the AFC for the eighth annual Relay for Life. Relay for Life is an event in which cancer survivors are celebrated, cancer victims are commemorated and funds are raised to further cancer research.

Relay for life was started by Dr. Gordy Klatt who ran for24 hours around a track raising $27,000 for the American Cancer Society.  A year later more people joined the cause and today, over 4 million people in more than 20 countries have helped to find a cure for cancer.

The Chatham community helped to fund cancer research with the event held on Friday October 28. Chatham had 19 teams, 152 participants and over $10,000 dollars raised. The event was lively with music and various games and activities like blanket making, spin art, extreme twister, trivia, corn hole and much more.

Later in the evening a survivor’s ceremony was held and the speaker was Chatham Student Government executive president, Mareija Bibb’s’ mother, Pamela Bibbs. Pamela Bibbs is a ­­­­seven year survivor of breast cancer. She explained the difficulties of dealing with and digesting the news of her sickness.

“The difficulty was explaining to my children why Mommy was sick without using the word cancer.” Bibbs said.

Bibbs wanted the attendees to know that the money raised for cancer research does go to cancer research. She said that when she had surgery, she signed papers allowing her tissue to be used in cancer research. Bibbs applauded the efforts made by events like Relay for Life and hopes that “one day these speeches will just be about the cure.”

A Luminaria ceremony was held on the track to remember lives lost to cancer. Friends and family of victims spoke about their lost relatives or read poems in their honor. Then two laps were walked in the memory of the lives taken by cancer.