For the past three years, Chatham University has grappled with the name of Sanger Hall. The controversy stems from who it’s named for and the funds behind it.

Chatham accepted a donation — the amount of which remains undisclosed to students — 25 years ago, guaranteeing the hall be named after the late Margaret Sanger, the famed founder of Planned Parenthood and a known eugenicist. A source within Chatham Student Government (CSG) claims the donor is Qualcomm. 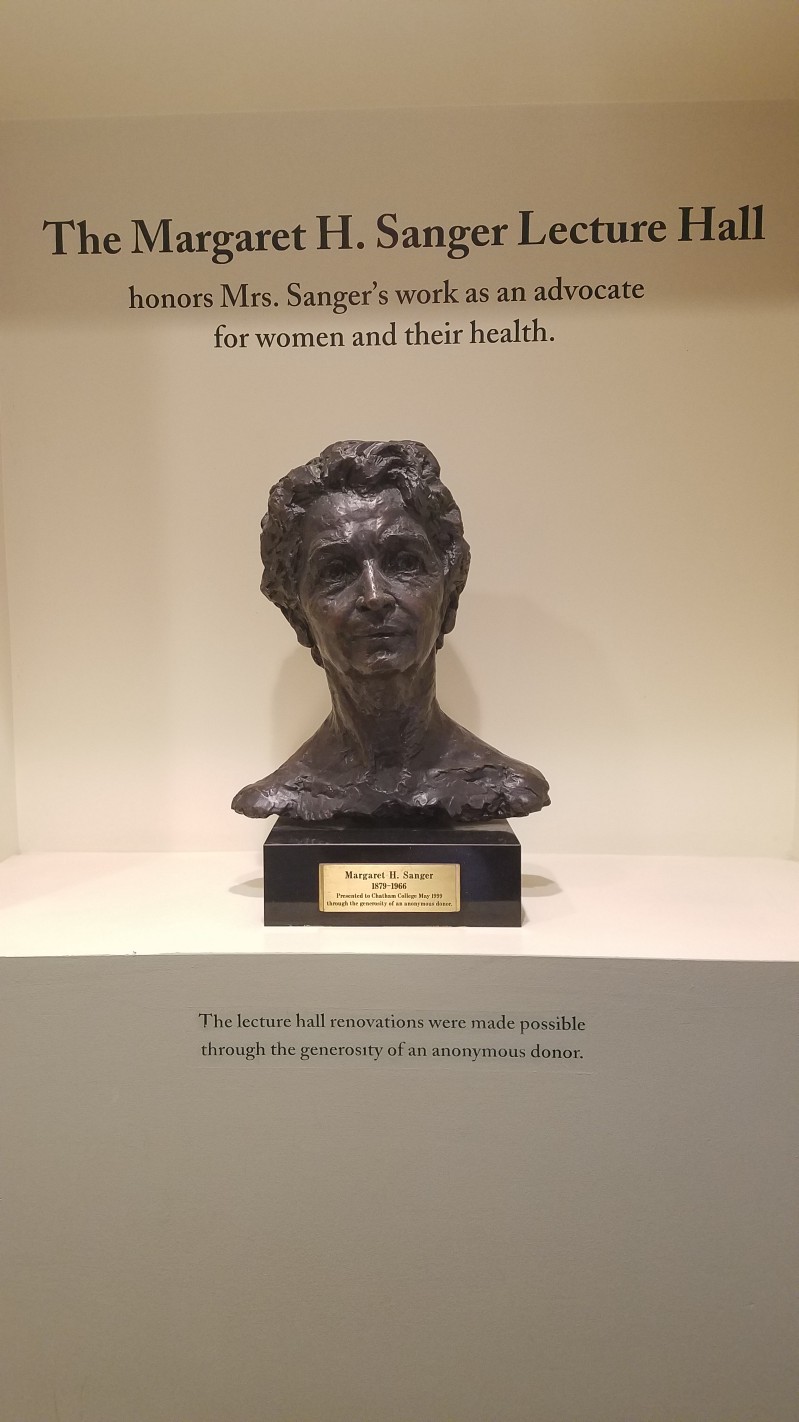 Clearly, the practice or belief in eugenics not only is outdated and racist but also doesn’t align with prominent Chatham values. This has prompted students to demand action — but why has it taken so long for something to be done?

To remove the name, Chatham would have to return the donated money, which it reportedly doesn’t have available. Also, in recent years, Qualcomm has made donations to anti-immigration efforts bolstered by President Donald Trump, making the situation even more murky and complex.

CSG has conducted several meetings regarding Sanger Hall this semester that have been open to all students. The first one was on Sept. 12, and the second on Sept. 19. CSG Executive President Alex Ferrer ’20 presented students’ opinions on the subject to the Chatham Committee on Recognition and Memorials (CCRM) during a meeting on Sept. 16.

Yet, however diligently the students fight for change and however many potential solutions they find, it feels like the Board of Trustees and the CCRM aren’t responding with the same level of urgency.

I attended the CCRM meeting. While the minutes from the Sept. 12 CSG meeting were read, an air about the room became clear to me. The committee seemed more interested in the dedication of the students than the problem they rallied behind. Repeatedly members of the University’s administration spoke their admiration for the respectful conduct of the students, but little was accomplished.

I was told that a decision on what would be presented to the Board of Trustees would be reached during that meeting, yet I saw minimal concrete discussion. Ferrer decided to take it back to the Sept. 19 CSG meeting.

Surely, CSG is taking its time to ensure as many students’ voices as possible are represented, which contributes to the extended decision-making period, but the disjointed nature between Chatham students/CSG and the CCRM was tangible to me. The CCRM seemed concerned about only one solution: the educational plaques, but students have voiced openness to other options.

The fact that Sanger believed humans of certain races and ethnicities and those with disabilities should be “bred out” is traumatic to countless Chatham students. It’s no stretch to say that entering that hall — a place intended to foster learning and growth — is being undercut by her bust standing in the entryway. Shouldn’t every member of Chatham University’s administration be meeting the issue with the same necessity and urgency as its students are?

I believe the issue will conclude via the educational route, one of the options discussed during recent meetings. That plan recommends that two plaques would take the place of Margaret Sanger’s bust: one detailing her accomplishments as a women’s health advocate and the other explaining her work in eugenics in tandem with Chatham’s opposition. That option seemed to be the most popular solution among the CCRM members, while the student body largely favors outright removal of Sanger’s name and likeness from the lecture hall.

Dr. Finegold, at the Sept. 12 meeting, was asked about his opinions regarding renaming versus providing the educational opportunity. He said the plaques would “contextualize the gift,” and that he would “much rather keep the money at Chatham.”

Students inquired whether or not Chatham administrators would be willing and/or able to meet with Qualcomm to discuss the student’s concerns surrounding the donation and who the room is named after.

The frustration regarding Sanger Hall comes from two places: the offensive nature of Sanger’s presence to students and the fact that it took three years to arrive at a decision that already feels pre-made. The latter is an experience that students have had before. Their complaints about other things — like the lack of campus accessibility for students with disabilities, students frequently misnamed in emails and on class lists (causing awkward and potentially triggering interactions), etc. — often have to be repeated and repeated before anything is done.

Whatever the final verdict concerning Sanger Hall, a sour taste will be left in the mouths of many Chatham University students. The effort it takes to get an issue to the floor, to be viewed, to be heard and finally to be acted upon doesn’t feel reciprocated by those across the aisle. Student welfare is suffering as a result.