With all the excitement surrounding winter sports, there’s been a lot of talk about this year’s men’s ice hockey season.

The reason for all the buzz is because the first-year athletes on the team represent a wide range of ages and backgrounds.

Unlike most first-year athletes at Chatham University, many players on the hockey team previously played Junior ice hockey, an amateur hockey league in the U.S. and Canada. 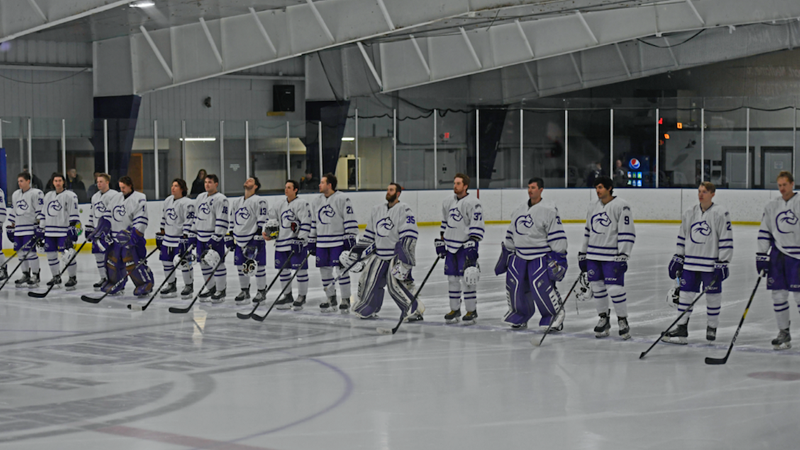 Players in the league are between the ages of 16 and 21. It’s not affiliated with the NCAA, meaning an athlete can play in the Junior league for all five years and then enroll at a college or university and still have four years of eligibility. 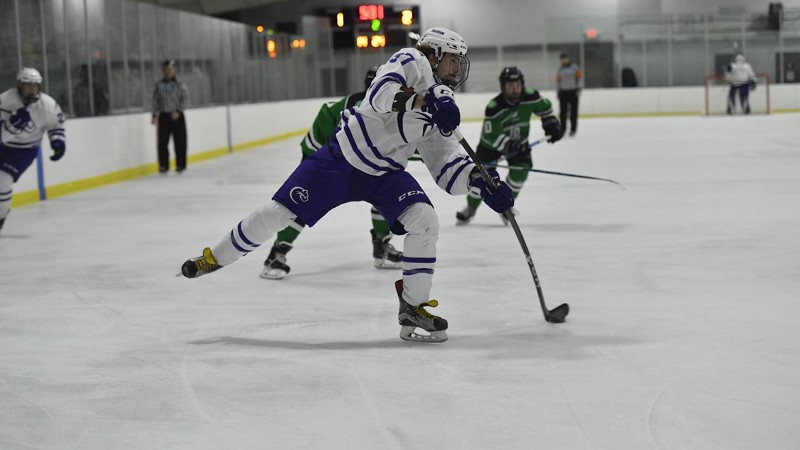 For many, the Junior league is a stepping stone in their hockey careers. This is the case for Lucas Rothe ‘23.

“I played all five years. I lived at home, finished high school and then moved to New York for two years. After I moved to Sault Ste. Marie, Michigan right on the Canada border and played in a Canadian league for a year,” Rothe said.

After Juniors, many players decide to go back to school to keep playing hockey.

Jack Schmiedlin and Kenny Gill are two first-year students who took a more traditional route for athletes after high school.

“It’s hard for you to go without school for a couple of years. Going through prep school made me want to continue my education,” Gill said.

“I really wanted to play hockey in college,” Schmiedln added. “I had an offer from Chatham, the coaches were adamant about me coming here and I felt like this was a home.” 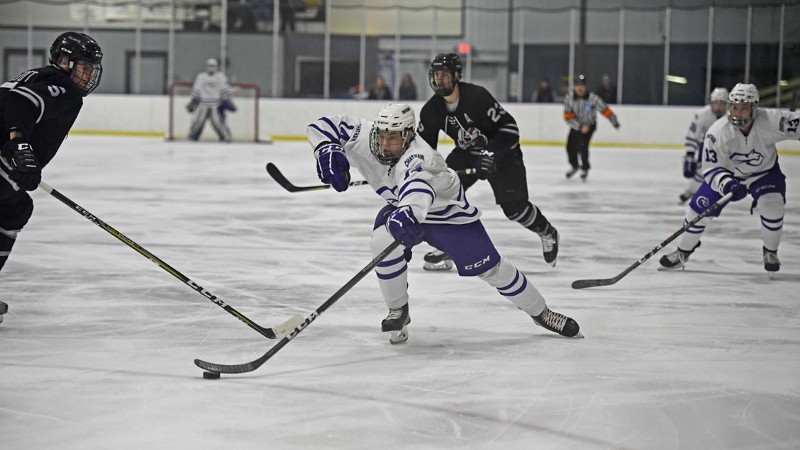 Michael Lamison at a recent game

Many other players also said they felt like Chatham made them feel welcome. Several students commented that the coaches show that they care about them.

A goal for the team is to improve upon last year’s season and make a run for the conference championship.

The team will hold all home games at the Frozen Pond Arena, minutes away from the Eden Hall campus. The next home game is Nov. 15.