Insight on the perspective of international students’ life at Chatham University 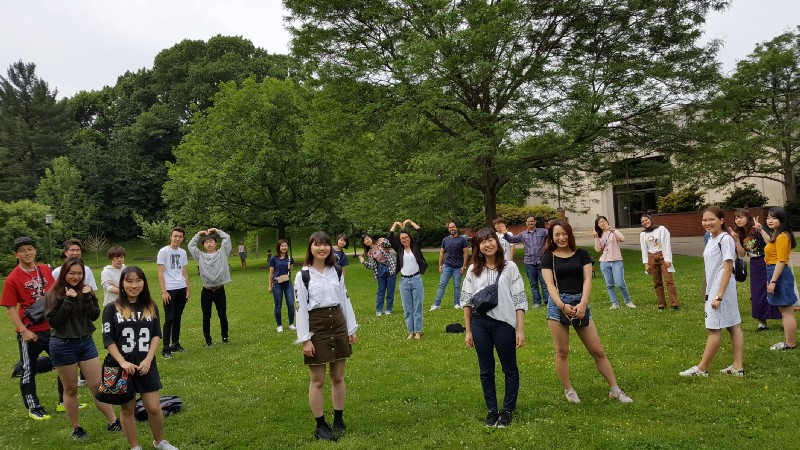 International students on the Quad during orientation this summer.

Many people have transferred to a new school and dealt with the drama that comes with finding new friends, a new home and a new life. Imagine this-except you’re moving to a place where the language is not your own, the food dramatically different and the people around you don’t always understand.

This is more often than not the life of an international student.

According to the Institute of International Education, there were nearly 1.1 million international students studying at American universities in 2019. On a smaller scale, the Chatham University website declares that over 170 of these students are enrolled at Chatham.

Mai Nguyen, a Japanese student getting her MBA at Chatham University, has found it challenging to connect with those in the United States.

“I sometimes feel like it’s a fake welcoming…it feels like people are talking behind our back,” she said. “Americans don’t make an effort to get to know international students.”

“By nature it is hard. You grow up in your own culture and get used to it,” Nguyen added. “Other cultural phenomena seem unacceptable; it is hard to get away from thoughts like that and be willing to understand other cultures.”

She explained that an ability to comprehend inner culture is something that most people take for granted.

Because of this, she has found it easier to bond with other international students. Nguyen said that they talk about their family, childhood and food. However, it has been more challenging for her to have these same conversations with Americans.

Mudit Saraf, senior class president and marketing major from India, has had a very different experience.

“The international office is welcoming and helped me a lot,” he shared. “The campus residence halls are very welcoming and feel comfortable.”

Saraf continued that even though he feels accepted here in the United States, he has had a hard time coping with the diet.

“It is very difficult to find good vegetarian food in Anderson,” he said. He revealed that most of the time he cooks for himself in the dorm kitchenette.

Going to numerous club meetings and being talkative has helped him make connections with both international and American students.

“It all depends on how you socialize,” Saraf concluded.

Chatham’s International Club attempts to bridge this divide between international and domestic students. The mission of the club is to bring together students from around the world who are interested in meeting and learning from each other.

“[The club] provides activities and a space to interact in a low stress environment,” faculty advisor for the club, Kate Emory said. Emory has found the club to be “dormant” over the last few years due to low involvement, a contrast from the vibrant organization that it was in the past.

A lot of members only stay at the school for a semester or two, which results in high turnover as far as involvement goes. This deepens the complications of maintaining a steady stream of new participants. The club has entertaining events such as dumpling making parties and potlucks where members can experience the various cultures of their peers. 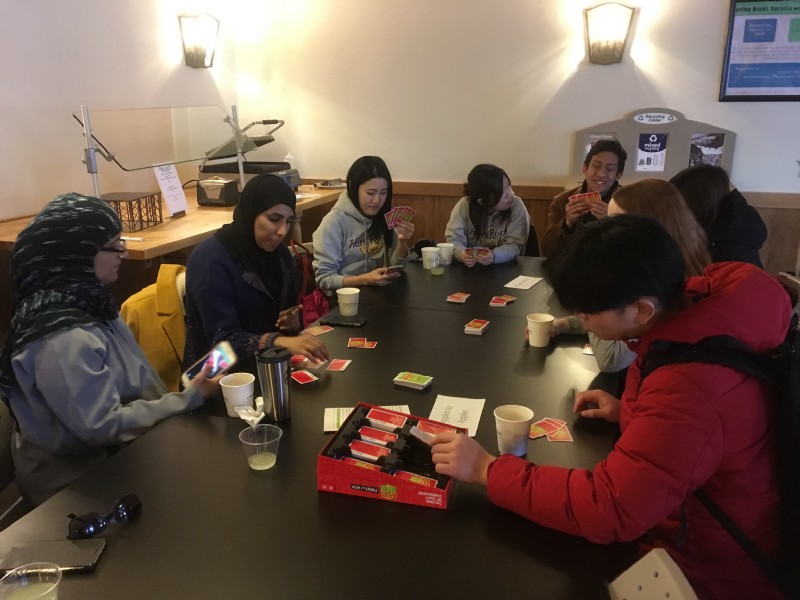 Dates and times for the monthly meetings can be found on MyChatham.