Chatham students get up close and personal at the Pittsburgh Zoo 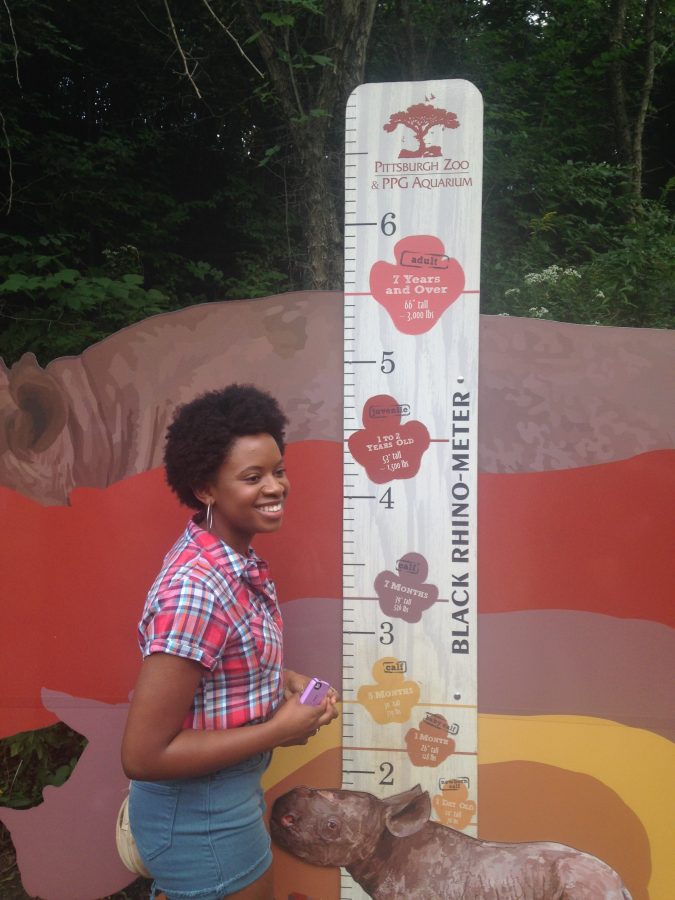 On September 6, 30 Chatham students piled into the Chatham Shuttle, their destination: the Pittsburgh Zoo and Aquarium. Awaiting the students was a day full of primates, wild cats and gallons and gallons of fish. The trip was planned by the Office of Student Affairs as a part of their Explore Pittsburgh series, designed for out-of-state students who want to learn more about the city.

“When I heard Chatham was taking a trip to the zoo, I registered right away,” said First-Year Candace Hall-Holland. “I thought it was a good opportunity to see what the city of Pittsburgh had to offer.”

The day began with a presentation in the Zoo’s education center with two of the zoo’s educators. They brought many unique animals that students were allowed to pet and see outside their cage. The first animal of the day was a South American porcupine named Rihanna. She is around 12 or 13 years old. In the wild the porcupines typically live only eight or nine years.

“The porcupine is my favorite of the animals we were shown,” said first-year Lizzie Romano. “It was such a beautiful creature.”

Following Rihanna was a Kinkajou named Pequeño. Kinkajous are in the raccoon family and are very nocturnal animals. When most nocturnal animals live in captivity they adjust their sleeping cycles to the hours of the zoo. However, the Kinkajou does not adjust at all.

Students could see Pequeño hiding its face underneath the trainer’s arm to shield its eyes from the light. Kinkajous can be found in the Central and South American rainforest. Other animals that were presented include Luna the barn owl and Squeeze the boa constrictor.

After the education session, the trainers took students on tours around the zoo, but this was not an ordinary tour. On the tour students were able to go behind the scenes and see where the animals are kept when they are not out in the exhibit.

Students got up close and personal with a lioness and saw the male lions and tigers resting in their cages. During the tour, students saw a variety of animals like red pandas, elephants, cheetahs, giraffes and best of all, a baby gorilla.

Many students found the behind the scenes tour worthwhile like First Year, Bethany Bookout. “The tour was very informative,” she said. “As a sustainability major I find it interesting to know how zoos operate, because it is hard to make zoo sustainable due the specialized food and plants.”

The last stop of the day was at the PPG Aquarium. Students were in awe of the ceiling high tanks filled with fish of all kinds. They were treated with a VIP tour of the aquarium, and were able to go on top of the tanks, where a trainer explained how they maintained the aquarium and cared for the fish. The zoo trip was a fun time and those present hope the trip will become a regular occurrence.